The American Friends Service Committee conference in DC, September 7-8, Preparing for 2020: Advocating for Rights, Justice, and Freedom, was an excellent antidote to the stormy and frightening times in which we live. It is a measure of our failure to be more outraged than we already are that Netanyahu’s pledge to annex much of the West Bank to Israel (as if there was not already one apartheid state) barely caused a flutter of protest. Between Trump and Netanyahu we are all suffering from shock fatigue and a good dose of gloom about the future of the planet. I lie awake at night wondering, will it be forest fires, drought, floods, and wars over water, or maybe an old fashioned nuclear war that will finish us off. For folks with children and grandchildren, this is not a theoretical concern.

But there I was sitting in the calming simplicity of a Quaker meeting room at the Sidwell Friends School, listening and talking with a wide range of activists, organizers, and policy experts, and brainstorming about grassroots advocacy, at town hall meetings, primary caucuses, and party conventions. The positive energy, humor, honesty, and commitment were infectious and uplifting.

I had a number of important insights. When the “No Way to Treat a Child Campaign” started four years ago as a joint project of AFSC and Defense of Children International – Palestine, it was difficult to have a conversation on The Hill about the rights of arrested, detained, and imprisoned Palestinian children. Now, Bill HR 2407, sponsored by Betty McCollum, has 22 cosponsors. The bill requires “that United States funds do not support military detention, interrogation, abuse, or ill-treatment of Palestinian children…” Organizations like Human Rights Watch, B’tselem, UNICEF, and even the “Country Report on Human Rights Practices for Israel and the Occupied Territories (“Annual Report”) published by the Department of State noted that Israeli security services continued to abuse, and in some cases torture, minors, frequently arrested on suspicion of stone-throwing, in order to coerce confessions. The torture tactics used included threats, intimidation, long-term handcuffing, beatings, and solitary confinement.”

We are well aware of the impact of “The Squad” on discourse about Israel/Palestine. We are seeing Palestine, and especially Palestinian children, being brought into the discussion of human rights in the US congress, in the Jewish community, with younger generations, and with African Americans whose empathy and activism is heightened because of parallel concerns for their own children.

Which brings us to the topic of intersectionality. Intersectionality is about understanding who is closest to the pain and letting that be the guide for the vision of whom should be closest to the power. A number of speakers were clear that Palestine advocates need to step out for other causes like indigenous rights, anti-racism work, and protesting policies at the US/Mexican border. While activists once decried the phenomenon of PEPS (people who are Progressive Except Palestine), it is now clear that to be effective, we must be involved in a universal struggle for human rights. We need a collective liberation, which also means, by the way, no POOPS (Progressive Only On Palestine).

We were urged that if get out of our silos, the empire will lose; complexity is the tool of the empire. Understanding our own complicity and being able to challenge the oppressor within is critical. This means, for example, when organizing, avoiding panels that focus only on Palestine, always bring in other issues. There are no exceptions on progressive politics, especially if we benefit from that exception. As one speaker said, we must be PIPS (Progressive Including Palestine).

There was much discussion about what Israelis call “The BDS,” the boycott, divestment, and sanctions campaign that began with a call from Palestinian civil society organizations in 2005. “The BDS” is viewed by some as an anti-Semitic, anti-American monster, and legislation both on the state and national levels has been passed to condemn and criminalize the campaign, a reflection of the power of AIPAC and Christian Zionists. If you want to stay up to date, Palestine Legal tracks local and national anti-BDS legislation. While the call to boycott is actually protected by the First Amendment, it is a form of nonviolent political speech, we were urged to be strategic. If you are in a community where the word itself is toxic, then talk about human rights and companies that violate human rights. Talk about investing responsibly and avoiding conflict zones like Western Sahara, Crimera, and, oh yes, Israel. BDS is a strategy. Tell the story. Are you in favor of what is happening in Gaza or the continued growth of settlements in the West Bank? Do you not want to make money off of other people’s suffering? BDS urges people to move beyond words to action, and that is why it is so scary. And so effective.

The bottom line is that Palestine is about global justice, campaign designs are rooted in solidarity, in de-exceptionalizing Palestine. The issues in Israel/Palestine are about settler colonialism, racism, global military industrial corporations, multi-national surveillance and prison systems. These are universal issues.

The session that was actually fun (yes activists can have fun) was about bird dogging: confronting officials in public to raise awareness, get a photo op, a statement on the record, something that can be put out on social media. The advice was very sensible: Spread out in the crowd, dress like a supporter, look friendly, raise your hand fast, get in the Q&A line early, read the room, figure out how to connect your issue to other issues being raised. Then, get in line for a hand shake or selfie. When you shake the candidate’s hand, place your hand on the top of their palm, wrap your thumb firmly around their wrist and hold on for dear life. Disarm the politician by praising first or making your ask very personal. Then we all got to practice and role play while AFSC staff pretended to be the glad handing candidates we most want to hold accountable to take positions for justice in Palestine. And we were good.

If you want more information and inspiration:

No Way to Treat a Child

We Are Not Numbers

Talking about manifest destiny and settler colonialism, there is a map of the US that parallels the disappearing Palestine map 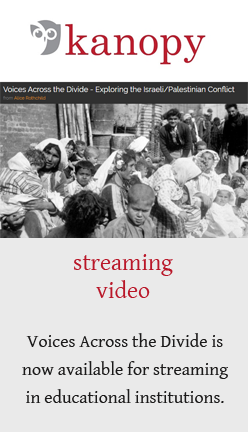