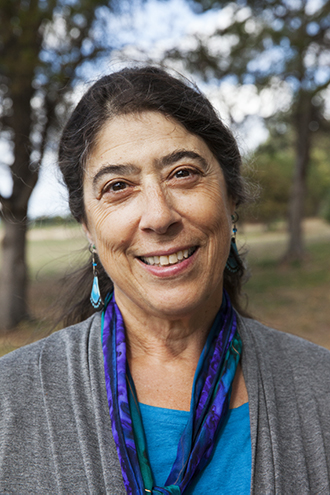 Alice Rothchild is a retired obstetrician-gynecologist who worked in the health care reform and women’s movements for many years. She directed a documentary film and is now writing and speaking, and blogs when inspired or particularly outraged by the state of the world.

Since 1997, she has focused much of her energy on understanding the Israeli/Palestinian conflict. 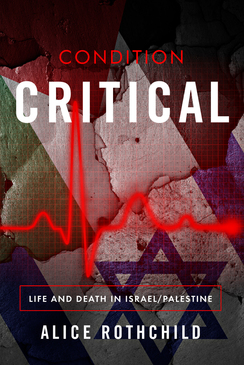 Condition Critical: Life and Death in Israel/Palestine
A curated collection of blog essays and analysis. 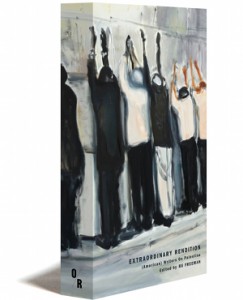 Alice Rothchild has penned a poem in this book titled “Inspired by a Poem from the First Intifada”.

Read about and order 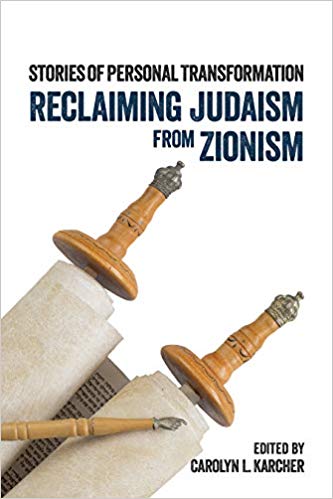 Alice Rothchild has an essay in this book called: “Choosing a different path” 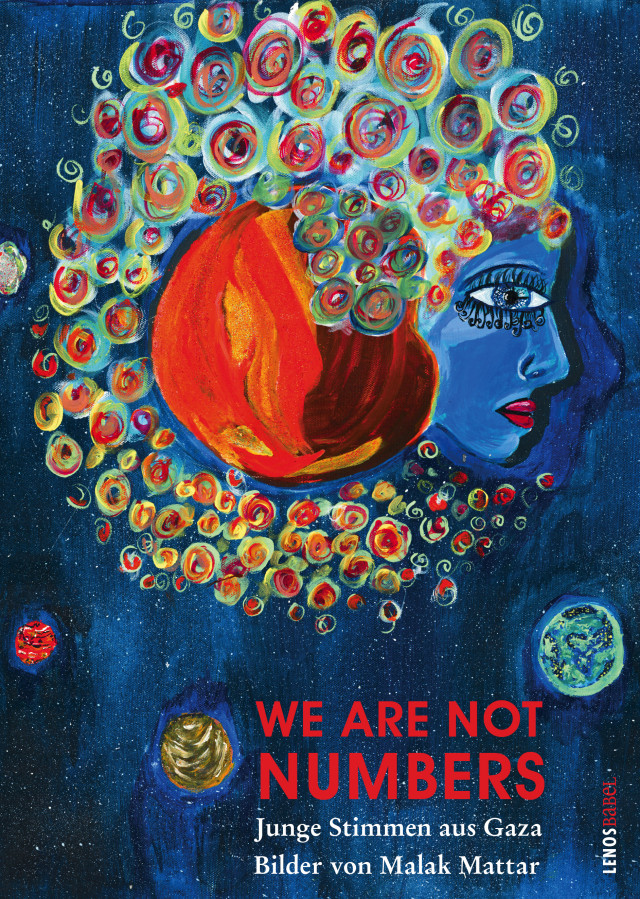 We Are Not Numbers: A collection of stories, poems, and drawings by young people in Gaza. Alice Rothchild wrote the epilogue. Book is translated into German. 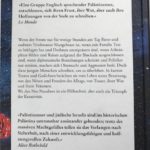 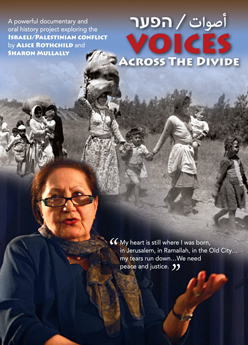 Check out the documentary film exploring the little known history of the Israel/Palestine conflict through family stories of Palestinians in the US.

At the Voices Across the Divide website you can watch the trailer, read full interviews, and interact with the study guide.

Learn more about the documentary 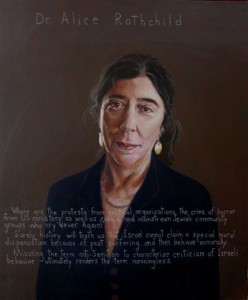 Robert Shetterly unveiled his portrait of Alice Rothchild as part of his Americans Who Tell the Truth series with celebration, presentations and singing. 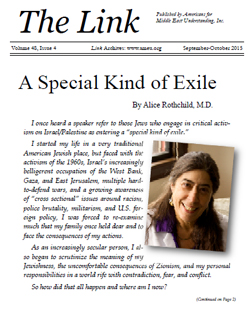