Two weeks ago when the permit to Gaza finally arrived the travel nightmares began, lost luggage, harsh Israeli interrogators, forgetting a flight, the neurotic pulsations of an anxious mind already on high alert.

The flight from Boston to Newark has the worst turbulence I have ever experienced. The tight lipped stewardess races the drink cart down the aisle as the plane lurches and pounces through the air, cups and plates clattering wildly as I brood over the striped suit sitting next to me, white knuckled, grimly gripping the seat ahead.  I briefly ponder my short but meaningful life. Is this another message from the angry travel goddess?

As expected, C 138, the terminal for the flight to Tel Aviv, is hidden behind a food court at the end of a long corridor, blocked off from general traffic, “SECURED GATE HOLD AREA.” I can feel my pulse leaping, a tightness in my chest, as the smatterings of Hebrew, Spanish, and the twang of New Jersey and New York meld with the drawl of southern accents.  We line up for the second bout of screening, (see message: all the world hates us, Israeli security is our most important product), but the cursory bag inspection and spread eagle wanding seem more for show than anything else.

An eager young man wearing a yarmulke pours over a heavy organic chemistry text book.  He explains to me that he had gone to Israel and “gotten religious” and now he dreams of medical school, do I have any advice for getting in?

I watch the steady stream of bearded men with tall hats, some schlepping big hat boxes for the flight, some wrapped in long fringed tallit, tsistit dangling from their shirts, a variety of peyos, the long banana curls dancing off their shoulders.  One young man, pink cheeked with a scraggly beard filled with aspiration, twirls his big hat on his finger like a Frisbee.  A particularly other worldly older character wears pantaloons and for all I can tell, black tights and shoes that remind me of the Pilgrims. He prays continuously. At the proscribed moment, the men line up, rocking and davening, facing Jerusalem like a row of black crows on a high wire.  There are wives, mostly of the frumpy variety, in wigs and scarfs, along with squirming children, modern Orthodox, and a collection that reminds me of The Hadassah Ladies of my youth. One woman in a bright yellow hijab laughs on her phone. A sparrow frantically flits between the seats, another message from the travel goddess? Fly away while you can.

I am searching for my “beloved community” and bumping up against my own intolerance; the sound of Hebrew – the voice of the oppressor, the ultra-religious feel like settlers, Netanyahu’s re-election though not a surprise, is doubly awful because of his last minute appeals: a pledge not to create a Palestinian state (even of the Bantustan variety currently contemplated) and racist comments about the dangers of Palestinians with Israeli citizenship voting in droves. Swinging unabashedly right. I think, the mask is off, what will J Street and Obama and the nice liberal Zionists do now? Are any of these folks here in turmoil over this?  Is my compulsive blogging any different than their compulsive praying?  Are we all just dealing with our spiritual and political angst the best we can?

My seat mate on the plane explains that her son made aliyah nine years ago and she is traveling to her grandson’s bar mitzvah in (the Jewish settlement of) Modi’in. She is upset about the election results and worries, “there will be no peace.” She asks, “Do you think we still have hope?”  When she meets my traveling companions and learns that we are all doctors on a “medical humanitarian mission” (we leave out the part about Gaza) she responds, “That’s great! You know, Israel is the start-up nation.” I am beginning to feel like I come from a different planet.

Airplane dream: I look out the window and see trees and it is clear that we have landed on a long dirt road next to a forest on the edge of a farm.  The airline captain is not upset. We are greeted by cheerful villagers who want to sell us Palestinian embroidery. They have prepared an immense feast for us which oddly includes an entire roasted pig, cut up with the crusty skin glistening in the sun.  In my half-conscious state, I know I am certainly flying to a strange land, a place where the abnormal is normal, perhaps that ham hock is my subconscious awareness of the desecration of Palestine?

Passport control is another story. It takes 45 minutes to get to the woman in the box.  She peruses my passport abruptly. Why are you here? Tourism, medical volunteering.  Where? Physicians for Social Responsibility? Where? (Can she see my permit in the computer?) Gaza. My Muslim American fellow doctor/writer and I are sent to a bench where we wait like children given detention.  We pass the time looking at pictures of her two grey kittens. Over the course of the next hour, we are both interrogated.  Name? Father’s name? Grandfather’s name? Phone number, US and Israel? Email? Purpose of visit? Where are you staying? How long? Will you go to the West Bank? Have you been here before? What did you do? Go sit down.

Another official comes out and aggressively accuses me of having a Jawal phone number, the sim card that is used in the West Bank.  He has this smug, I got you look, on his face.  I look at him (this is the worst you can find?) and explain I have traveled here annually for many years, I have a pile of sim cards, I have no idea which work and I have no idea what my Jawal number might be.  He presses further but it is clear that he will get nowhere with me on this one.  What I have learned is that they actually have a record of all my sim cards, and now they know my current phone numbers and email.  That should make surveillance really easy.

I can’t tell what annoys them the most…. A Jewish “traitor” like me or a Muslim “enemy of the state” like my dear friend and colleague.

Our passports are finally returned and soon we are in a cab with a cheerful driver from Abu Tor, a mixed Jewish and Arab neighborhood south of the Old City of Jerusalem.  He is apologizing for the behavior of the airport security apparatus.  “You know, it’s all about the occupation.” His brother who owns the cab company, calls as well, apologizing again and offering us a cup of coffee to make up for the delay. Clearly, no partners for peace here. 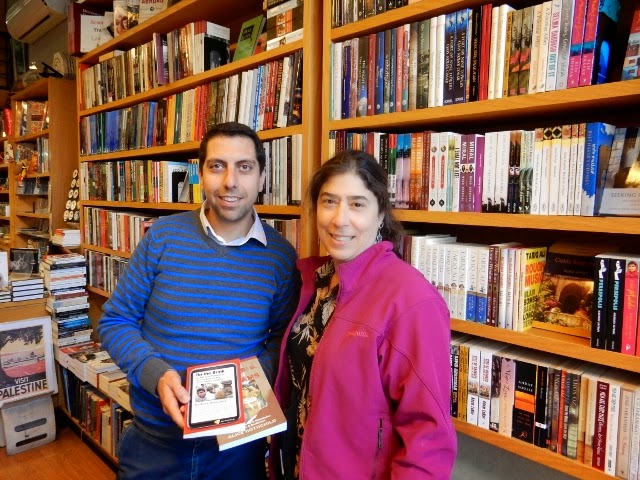 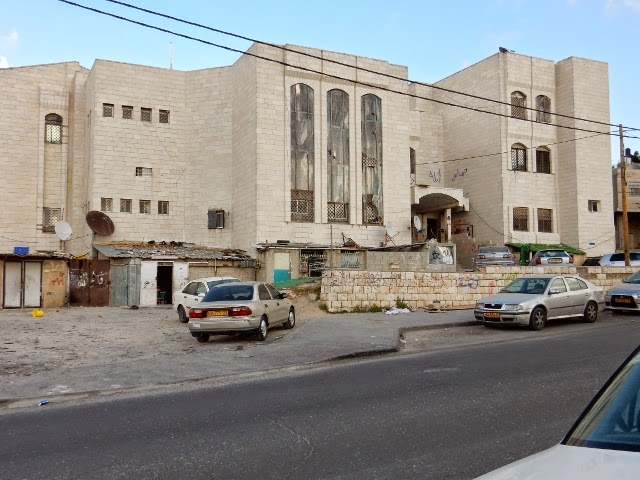