Chapter eight: A Day in Nablus with Dr. Allam Jarrar: We Will Have Just Fun! 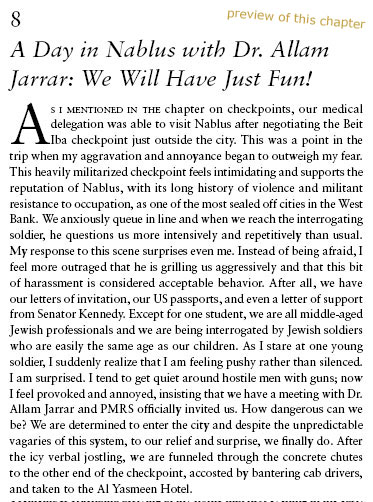 We were invited by Dr. Allam Jarrar to visit his home in Nablus, an old city rich in religious and cultural history, where the effects of Israeli incursions, home demolitions, and poverty are readily apparent. 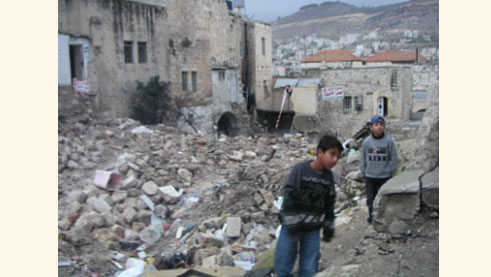 During our visit to Nablus, factional fighting broke out. Outside our hotel window, we saw a man holding a Kalashnikov and two men pulling a cart loaded with weapons, towards the area of conflict. When the shooting began, the streets were immediately deserted, except for young men. 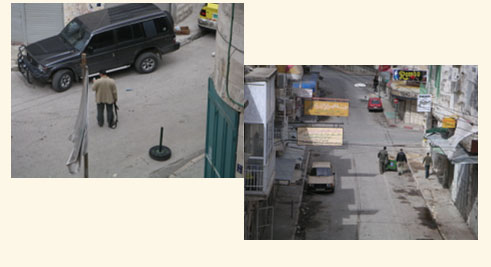 An hour later, we were in the gracious home of Drs. Allam and Khadeja Jarrar and their younger daughter, enjoying personal and political conversation, family videos of the older daughter’s wedding in Jordan, and wonderful home-cooked food. 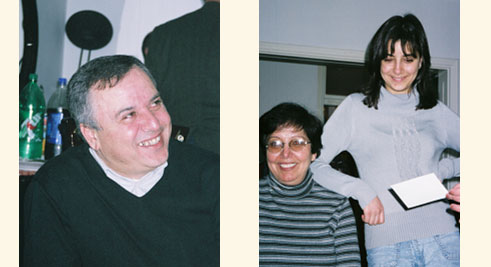 We felt very welcomed as well as awed by these people who were able to maintain the normal bits and pieces of life and family and laughter in such a difficult setting. 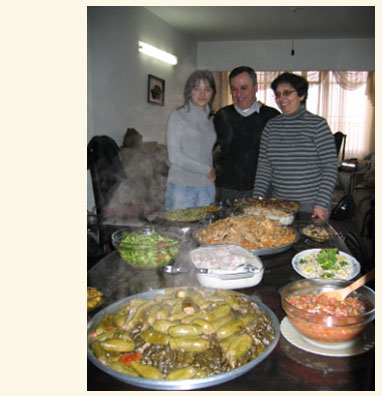 At the end of the day, delegates Jeff Klein, Seema Jilani, and Howard Lenow relaxed at the Al Yasmeen Hotel and made plans for the next day’s activities. Traveling in Palestine involved endless patience and flexibility due to the checkpoints and unpredictable closures. 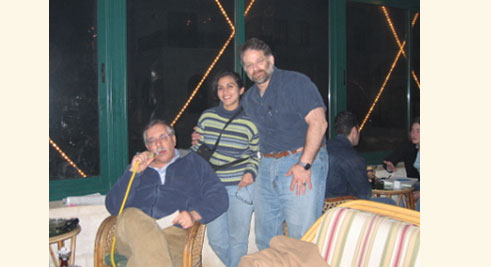