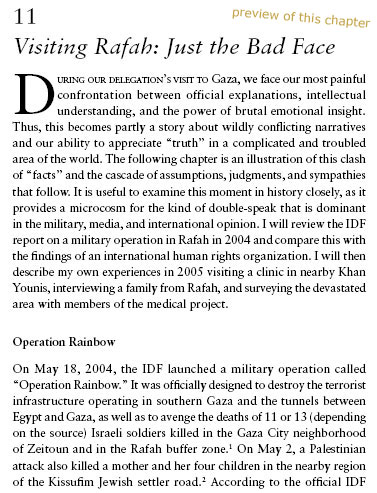 Khitum Abu Shawarib is a social worker who accompanied the delegation on a home visit to a family in southern Gaza with a child suffering from post traumatic stress syndrome. 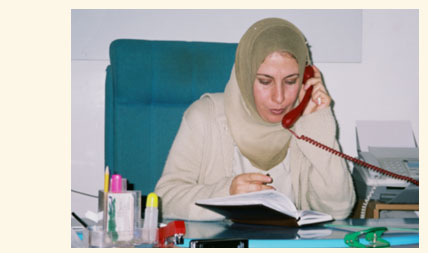 We made the home visit in Rafah. The eldest son of seven children developed incapacitating symptoms after his father was killed while farming and his home was destroyed by Israeli forces. Friends and relatives joined the conversation in their newly built home. 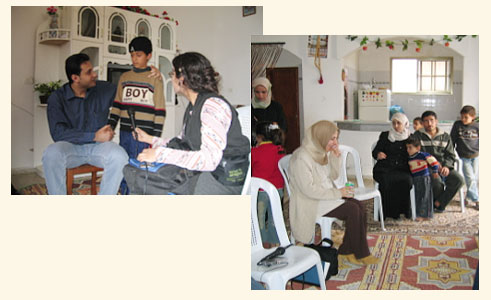 Ms. Shawarib has provided therapy for the mother (on the left), who works as a teacher. Abdullah, the son with PTSD, started crying and retreated to the couch during the interview. His depression lifted when a delegate, Bob Alper showed the children his digital camera. 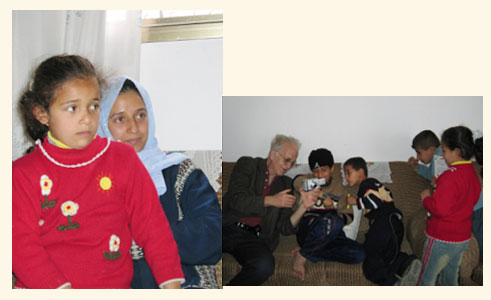 We traveled to a neighborhood in southern Raffa destroyed by Israeli forces in 2005, Operation Rainbow, officially designed to destroy smuggling tunnels to Egypt, but also resulting in massive destruction and displacement. 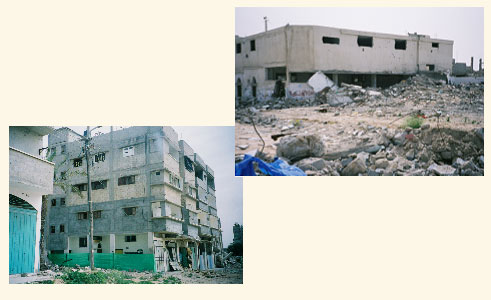 We met with a family that had returned to Rafah to survey the damage to their bullet-riddled home. Surrounded by her children, the mother was weeping, “Why did they do this?” 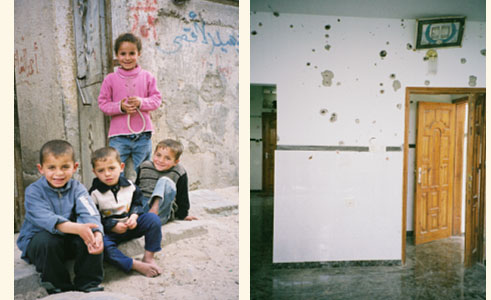 We saw barefoot children amidst the rubble. Beyond the devastated areas, the wall adjacent to the Egyptian border is visible as a black line in the background. 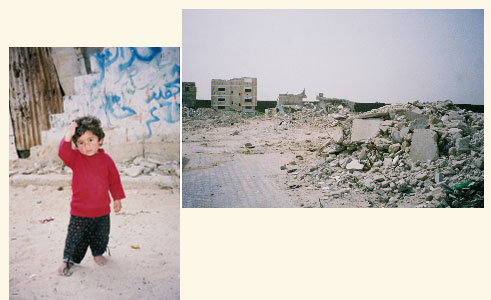 According to Human Rights Watch, from 2000-2004 the Israeli Defense Forces demolished 1600 homes in Rafah and made 16,000 people homeless. According to reports, one tunnel filled with explosives was actually found. 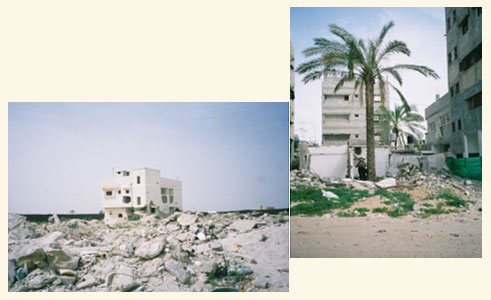 Rafah residents faced with Caterpillar D9 bulldozers and Apache helicopters often fled in a hurry, leaving bits and pieces of their personal belongings strewn in the rubble. 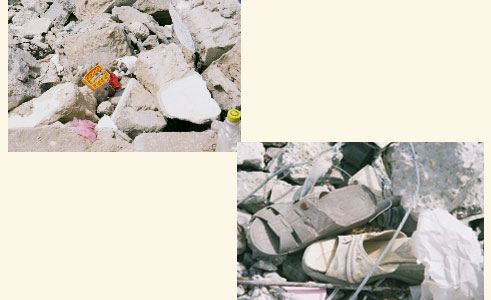 The Gaza Community Health Program has documented that children in Rafah have experienced extreme levels of violence and trauma and this affects their emotional and cognitive health and development. Here a young boy pretends to shoot at us. 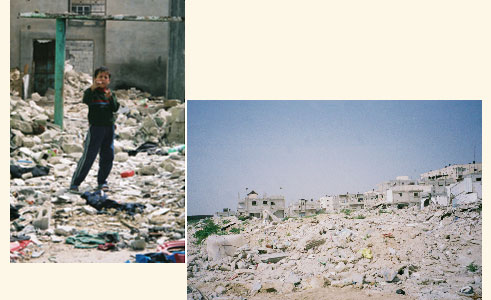 In this devastated area, Palestinian Authority soldiers stand guard, as if symbolizing the structural and civic collapse of much of their infrastructure and their utter lack of resources. 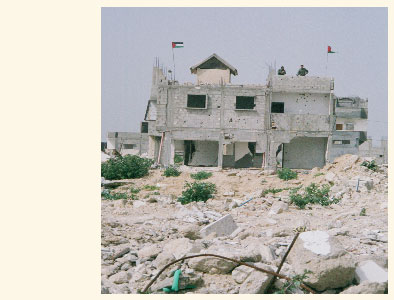