Chapter one: My Own Story: Family Secrets 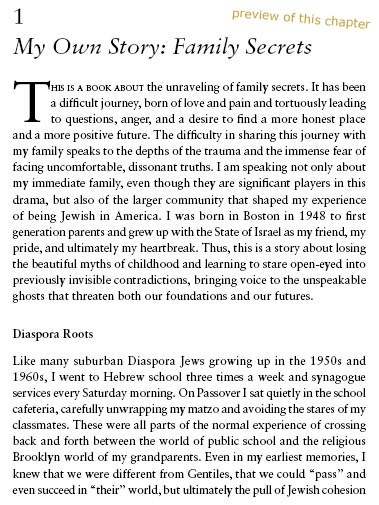 Like many Diaspora Jews growing up in the 1950s and 60s, I went to Hebrew school three times per week and synagogue services every Saturday morning. On the left, at age 14 with my younger sister, age 12, we celebrated our Bat Mitzvah together at our home in Sharon, Massachusetts. Our understanding of Judaism was steeped in stories of the Holocaust and a deep love for Israel. In 1963, my family traveled to Israel, cementing our connection with thousands of years of Jewish history and dispossession, the idealism of the kibbutzim, and the heroism of the Jewish soldiers who fought to create the State of Israel. On the right are the stunning terraced hills in the Galilee

My meticulously written adolescent diary reveals that I was acutely aware of the frailty and vulnerability of this nation-building project and the widespread evidence of war and destruction. On the left, a scene from Jerusalem. On the right, the famous statue at kibbutz Yad Mordechai, symbolizing the new fighting Jew, with a battered water tank in the background. My mother is in the foreground and my sister and brother and I are posing on the rocks. 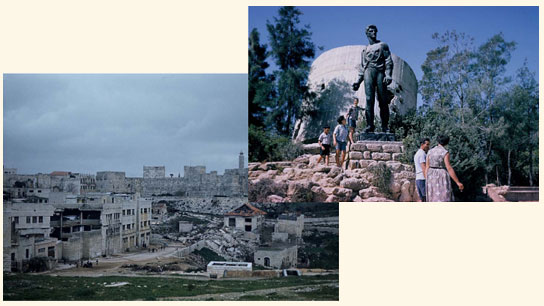 My family explored ancient Roman ruins such as Ashkelon, north of the Gaza Strip, on the left, and were impressed by the construction and rebuilding efforts we saw everywhere. On the right is the site of an army school, probably in Karmiel, a community founded in 1964 as the hub of the Western Galilee. 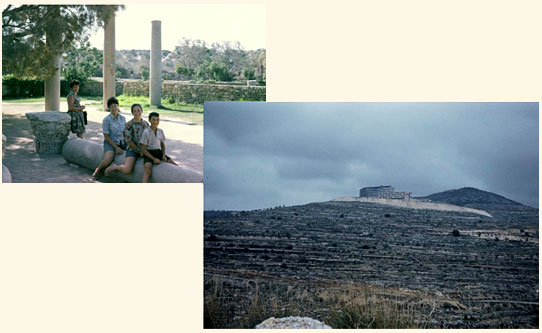 We visited a daycare center for recent Moroccan and Tunisian immigrant children. I am on the left, my sister on the right, my brother in the middle, learning first hand about the ingathering of refugees from all over the world. On the right, we are draped over terraced stone walls in the Baron Edmond de Rothschild Memorial Garden. The Baron was a major philanthropist in the early 1900s, purchasing land in Palestine and establishing business ventures, including the wine industry. 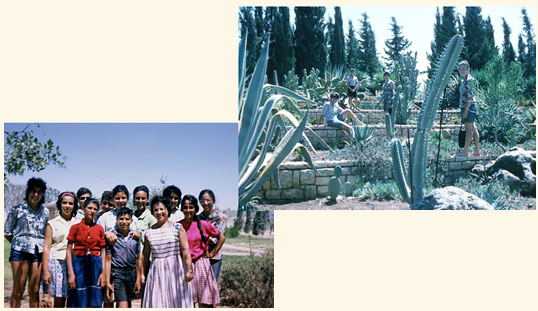 As a teenager I fell in love with the exuberant as well as stark beauty of the Israeli landscape. On the left, my mother and siblings are standing on a highway in the Judean desert. My brother, wearing a kaffiya, was advised by an Israeli soldier to remove the headdress because he â€œmight be shot.â€ On the left is a graceful old bridge on the way to Jerusalem. 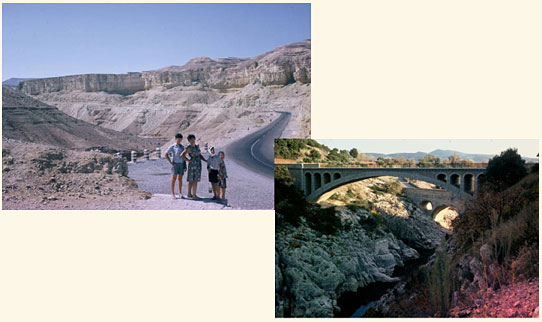 Much of our time in Israel was spent as tourists, enjoying the Mediterranean sun and the exquisite beaches. On the left, my sister and I pose on a beach near Herzliya; on the right, my father and I float effortlessly in the Dead Sea. 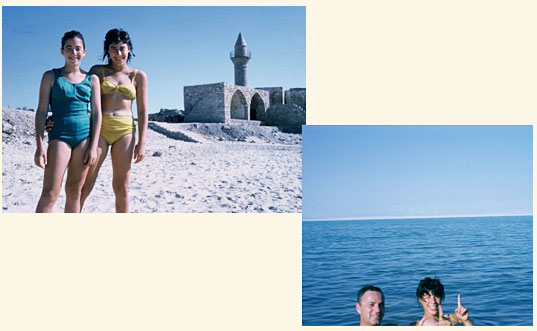 My brother, sister, and I stand on the shores of the Mediterranean. We completely succumbed to the national mythos surrounding the 1948 War of Liberation, the militant post Holocaust Jew, the superiority of Eastern European Ashkenazi culture, and we were totally unaware that another painful and complex narrative coexisted with our own. 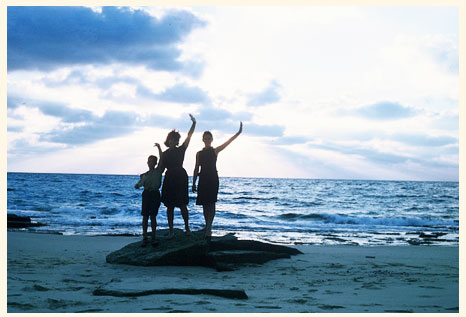 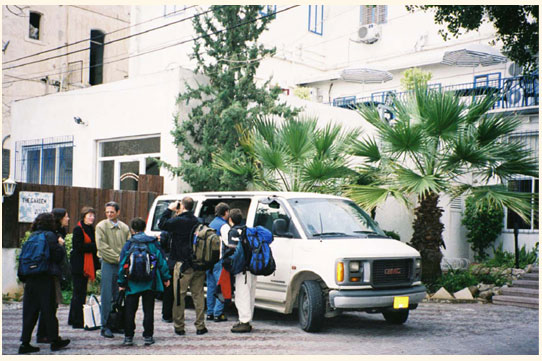