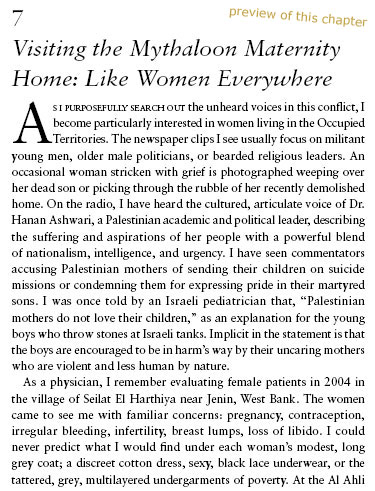 Delegates also joined staff from the Palestinian Medical Relief Society (PMRS) to work in clinics. I worked as an obstetrician-gynecologist in a clinic near Jenin, in a village called Seilat al Harthiya with PMRS staff on the left, the village on the right. 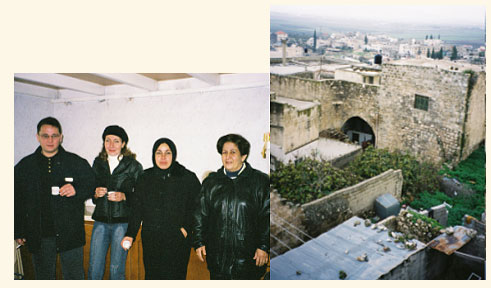 I saw patients at the PMRS in clinic in Seilat al Harthiya where I met with other clinical staff,and the lab technician in a sparse but modern facility. 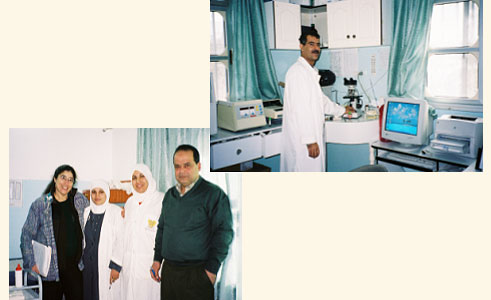 I found that patient education is a priority; there is a high rate of breast feeding among Palestinian women. On right, a photo of a mother and child at the clinic. 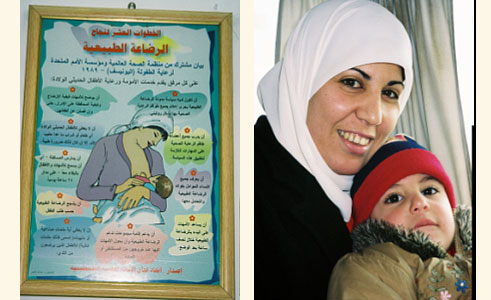 I also worked in a PMRS clinic in Qufor, near Jenin. There was a modern lab and an exam table with ultrasound for obstetrical evaluations. Many of the pregnant women were eager to find out if their baby was a boy! I found prenatal care is erratic and dependent on the success of physicians and patients being able to reach the clinic. 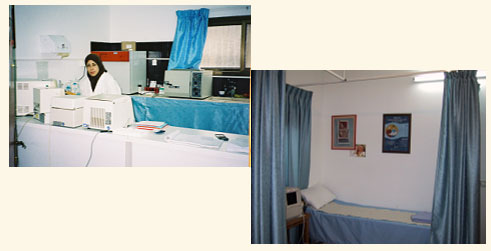 The office setting in Qufor was modest and functional and women came with a multitude of common concerns ranging from pregnancy to breast masses to loss of libido. Providing care involved strategically reviewing what tests, medications, and referrals were most likely to be available and at what personal and financial expense. 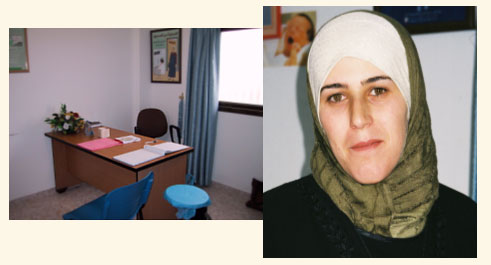 Patients and staff at PMRS clinic at Qufor. I found that medical complaints were often complicated by lack of access to facilities with higher level services. The breakdown between primary and more sophisticated care is a consequence of the extensive checkpoint and permit system. 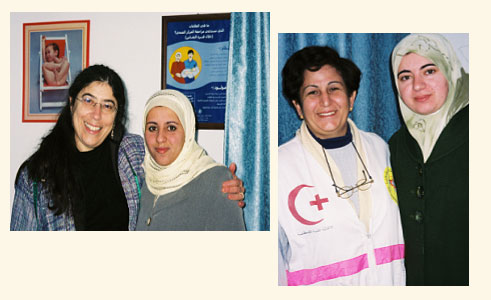 Patients and staff at PMRS clinic at Qufor. Medications and testing facilities were also limited due to a combination of restrictions of movement, lack of infrastructure, mismanagement by the Palestinian Authority, and Israeli incursions. 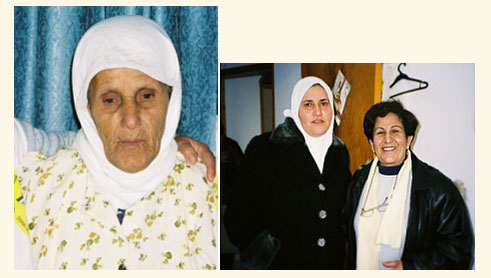 Children playing outside the PMRS clinic in Qufor. 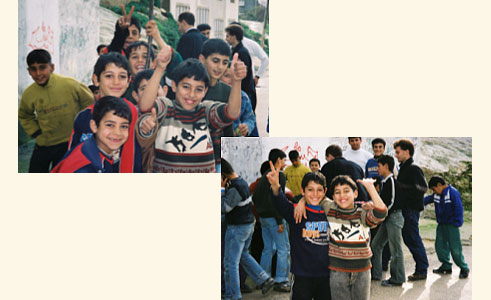 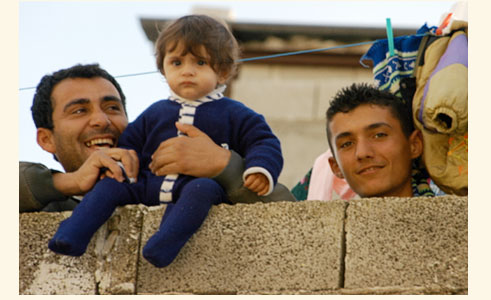 Delegates also gave lectures to medical students at Al Ahli Hospital in Hebron. As I learned more about the diversity of Palestinian women, I noted that some women students wore headscarves while others were completely covered in more traditional clothing. 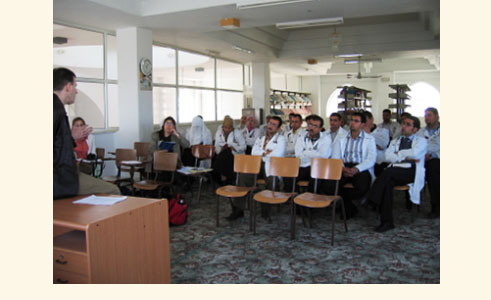 By contrast, when the delegates gave lectures in East Jerusalem, the women medical students at the Mokassed Islamic Charitable Hospital tended to wear more modern dress. 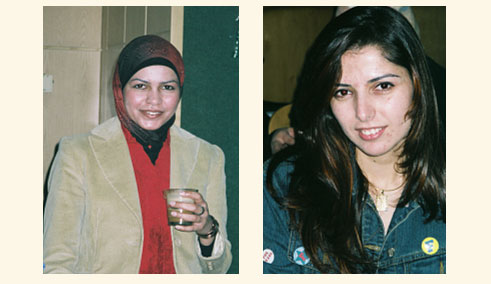 Palestinian women, particularly in refugee camps, may wear beautifully embroidered clothes that are sometimes an important source of income for the local economy. 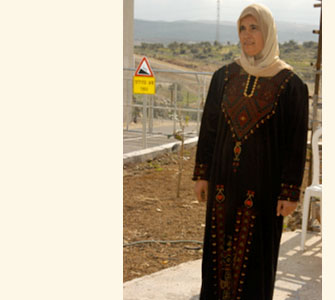 Mythaloon Maternity Home, funded by US AID, was established in response to the difficulties laboring women were experiencing reaching the hospital and the increase in unplanned homebirths and pregnancy complications. We met with Dr. Khadeja Jarrar, on the right, head of women’s health care for PMRS .

Dr. Muntaha Hamarsheh is Director of the Mythaloon Maternity Center where they see 200 women and average 60 deliveries per month. She has six children, a doctor husband, and a commute that takes 45 minutes to 3 hours, depending on the checkpoints. 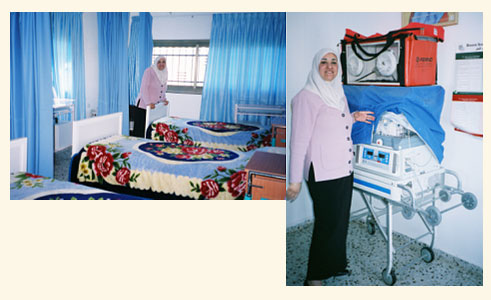 Mother and child at the Mythaloon Maternity Center. Patient education is an important component of care as demonstrated by this poster from a nearby general clinic in Mythaloon, run jointly by PMRS and the Palestinian Authority. 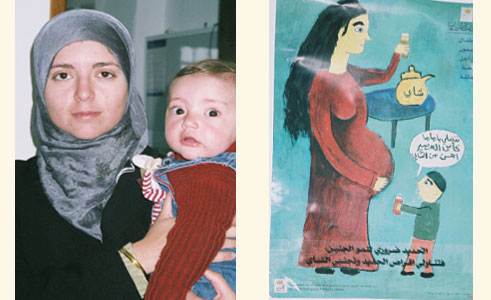 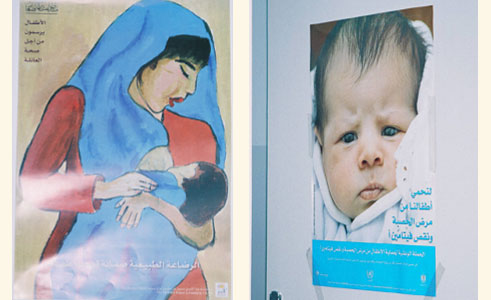 The patient education posters were made by children from the area. 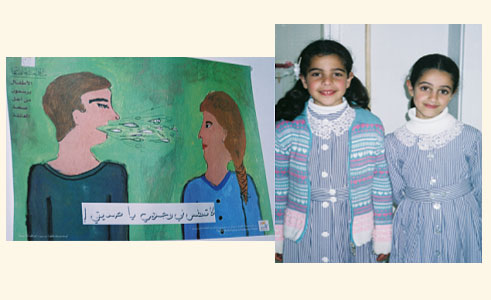 The Mythaloon clinics were in sharp contrast to the large, overcrowded Ministry of Health hospital near Jenin where there are 500 deliveries per month and patients are sent home a few hours after birth without home visits. We visited a crowded pediatric ward, on the right. 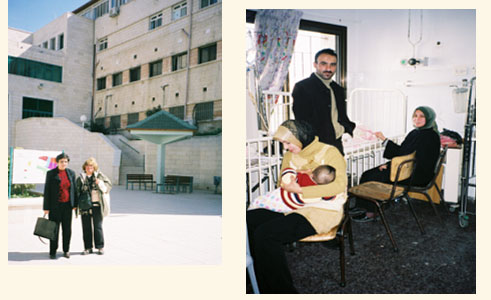 In the pediatric unit of the Ministry of Health hospital near Jenin, the walls were lined with cribs, sick children and their families, some of whom offered us food and thanked us for coming and wanting to understand their lives. 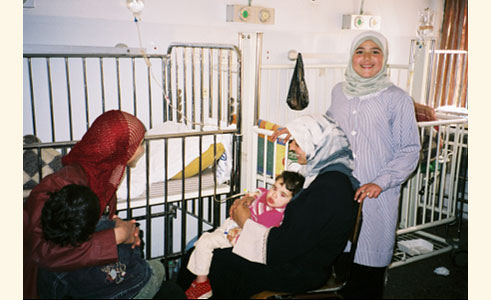 Pregnant women often face difficulties at checkpoints and there are documented cases of deliveries and maternal and newborn deaths at checkpoints. This is a common enough problem that PMRS provides a patient handout with advice on this issue. 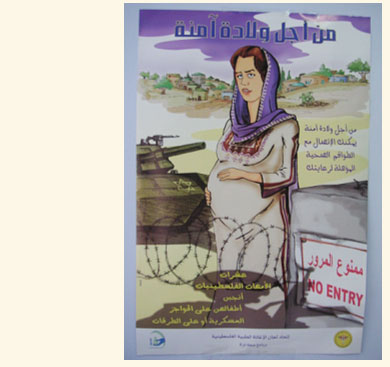 Like many Palestinian medical providers as well as patients, we often traveled to clinics by ambulance. They have sometimes been the targets of Israeli attack. Here a physician is pointing to a bullet hole fired by an Israeli soldier. This is a violation of the Geneva Conventions protecting medical personnel in conflict areas. 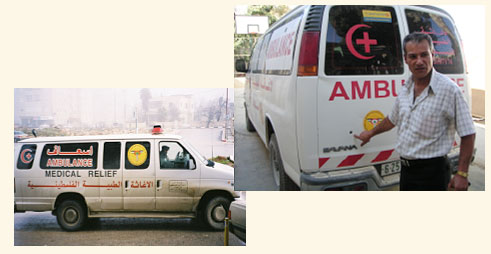 We were shown a graveyard for ambulances that had come under attack
and in Nablus, we saw photos from a clinic that had been ransacked by
Israeli soldiers in 2003. 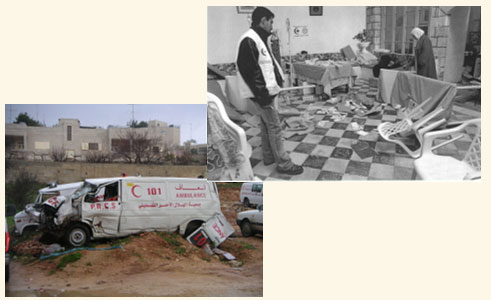