The conversation with Jamal Juma continues as we head out of Ramallah and it is the dreadful minutiae and meanness that wears me down. Jamal explains that there were 17 villages that were part of Jerusalem. He describes the apartheid wall. (Dear reader, I can now officially no longer worry about the sensibilities of folks who want to call it a separation wall or a fence – as in fences make good neighbors. This is not Robert Frost; this barrier is about dispossession and expulsion which is never good if you happen to be one of those unwelcome neighbors). The wall isolated these 17 villages from Jerusalem, (and its religious sites, markets, schools, hospitals, familes, etc.) making them now officially part of Ramallah. Clearly, no one asked the opinion of the locals. A Jewish settlement, Giv’on Hahadasha, was strategically placed between the villages and Jerusalem. 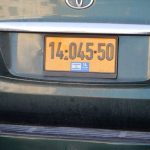 Jamal explains that there are 48 bridges and roads to keep Jews and Palestinians separate. The village of Kalandia (near the checkpoint and refugee camp) is now almost entirely encircled by the wall with the loss of large amounts of agricultural land. We see a collection of tall apartment buildings, 100,000 people from Jerusalem desperately needed housing. We see piles of rubble from homes destroyed due to the impossibility of obtaining permits. At one home (picture the many sleeping children, mother and father, likely a few grandparents, an unmarried aunt and a few cousins), two hundred soldiers and seven bulldozers arrived one night. (Now the fear, the screaming, the weeping, the anger, the years of bedwetting and nightmares.) In the mountain of concrete we see a slab with the statement: “This land and this air belongs to us and we will stay.” Where is this family now? The skeleton of their home is surrounded by olive groves, waiting and waiting for their return. 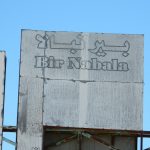 We drive south under route 443 (that Israeli highway from the airport to Jerusalem that goes through a tongue of the occupied West Bank); Palestinians roads always go under Israeli bypass roads. The village of Bir Nabala was once on the important route from Jerusalem to Jaffa. 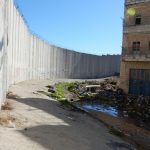 Today it is a virtual ghost town, strangled by the apartheid wall, all eight meters high topped with barbed wire and graffiti (as in: a swastika = Star of David graffiti). Ten beleaguered families remain and drug dealers own the streets at night. We wander the dusty road, staring at once elegant, abandoned homes, closed factories, empty gas stations, and piles of garbage. Ariel Sharon famously said, “We will create positive conditions to make them leave.” Jamal explains that when life is impossible, there is “voluntary expulsion.” 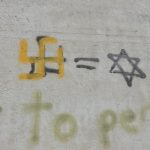 Our drive continues through a one and a half kilometer long tunnel, intermittently exposing multiple walls and two ghettos: five Palestinian villages on one side, thirteen villages on the other side, and an Israeli settlement on top. As we emerge into the sun, the first village is Biddo.

As we wend through cars and crowds leaving Friday prayer, I continue my fascination with the landscape and the stories it has to tell. We pass Kalandia checkpoint (a number of recent shootings here) and Al Ram. We pass roads and projects funded by USAID (a gift to the Palestinian people). There is the Pisagot winery on occupied land, (hence the boycott of Israeli wine), more and more massive red tiled settlements, often with Hebraized names to mimic the Palestinian villages they have squeezed out of existence. We see large industrial areas where Israeli industries hide from paying taxes or respecting labor and environmental regulations, and take advantage of Palestinians hungry for work.

Jamal talks of the Land Defense Coalition, a group of grassroots organizations, village organizations, trade unions and others that are working to stop the steady erasure of Palestinian life. As we head north we see more patches of green, scruffy grasses and shrubs where goats, sheep, and cows have grazed for centuries. And of course the grey military guard towers and more settlements with their expanding caravans and an occasional cluster of black and brown Bedouin tents. We drive by Duma where a Palestinian family was fire bombed by settlers in 2015. Ali Dawabsheh, 18 months old, was burned alive while both his parents died several weeks later from severe injuries.
We catch glimpses of rolling desert and the hazy pink hills of Jordan. We are heading into the northern Jordan Valley. Ma’Ale Efrayim is the largest settlement in the valley, as well as a military base, and Jamal adds that it has the highest percentage of (Palestinian) child labor. This area is lush and fertile. Fasayel village has dunams of hot houses, plantations, grapes, palm trees. 240,000 kilometers of the Jordan Valley are controlled by 10,000 Jewish settlers. Before 1967, 300,000 Palestinians lived and worked here. There are now 60,000 survivors. 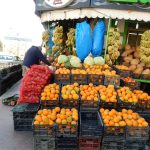 After the village of Jiftlik and the settlement of Beqaot which is stealing Palestinian water reserves, we stop at the Hamra checkpoint which can often be very oppressive. Jamal notes that this is also a military area and such areas are frequently classified as nature reserves to continue the Judaization process in its varied nefarious forms. The Israelis have even dug up huge trenches and long walls of dirt to prevent Palestinians from moving from one field to the next.

We turn off the paved road and head onto a deeply rutted muddy road towards a Bedouin village which Jamal adds, has been destroyed six times. The ethnic cleansing continues.