For Iraqi refugees in Amman, kindness, support and an application to Australia – May 9, 2019

In late March and early April 2019 I traveled to Jordan and the West Bank (Palestine) with two colleagues, Sonia Dettman and S. Komarovsky, first to attend the Lancet Palestine Health Alliance conference in Amman and then to explore and better understand the lives of refugees and the workings of UNRWA, with a focus on the status of refugee health. This is my fourth report from the trip.

We wait 45 minutes for an Uber to arrive and drive us to the Collateral Repair Project which is located across town in the poor neighborhood of Hashemi. There we meet with Jessica Miller, a dedicated, fast talking woman who tells us that the Collateral Repair Project was started in 2006 by two American women for Iraqi refugees. At that time, many Iraqi refugees were fleeing to Jordan. Some of the Iraqi families that came to Jordan with savings may have settled on the West side of Amman, where housing and the cost of living tended to be more expensive. However, many of those who came without such financial backing or quickly ran out of savings, unable to legally work, moved into neighborhoods in East Amman like Hashemi Shamali. CRP is located in this neighborhood which is home to many low income Jordanians and refugees from Iraq and Syria.

Clearly I need to get a quick education on the topic of Iraqi refugees and with a bit of googling, I find that by 2008 more than 4.2 million Iraqis (one in seven) had been displaced from their country, with an estimated 800,000 in Jordan (which has a total population of six million, just for perspective). (JAMA. 2008;299(14):1713-1715. doi:10.1001/jama.299.14.1713) These numbers are consistent with the UN High Commissioner for Refugees (UNHCR) which has estimates of 750,000 to one million Iraqi refugees in Jordan. This is all complicated by the fact that the Jordanian government insists that Iraqis are “guests” rather than refugees, (therefore the state has no responsibility for their welfare), and that many of the refugees were middle class urbanites who fled to Jordan’s cities and may have gotten lost in the counting. Those who did register with UNHCR received asylum-seeking cards and were thus able to receive (an inadequate amount of) humanitarian assistance from the UN and NGOs. A large percentage, (possibly a majority), of Iraqi refugees have no legal status at all.

Because of the concentration of Iraqi residents in Amman, many citizens blame them for rising prices for real estate, food, rent, and overcrowded schools and health care institutions, shortages of electricity and water. While there are other important contributors and the refugees are not a net drain on the country’s resources, they have seriously stretched some resources and services. Additionally, there has been an inadequate response from the international community. By 2007 the Jordanian government closed its borders to further refugees.

To put this into context, in 2007, a study by the NGO Coordinating Committee and Oxfam International of the population in Iraq found that 40% of refugees were living in absolute poverty, half were unemployed, and significant numbers lacked water, sanitation, electricity, education and health care. The middle class was broken and many of the professionals and technocrats either left or joined the ranks of the disadvantaged or those intimidated by political violence.

When people did leave, they quickly found out that employment can lead to longer term residency permits, but a job does not change their legal status as guests or tourists with temporary permits. This is compounded by the fact that children maintain the citizenship of their parents’ country of origin. A November 2006 Human Rights Watch report stated that Iraqis throughout the Middle East remain unregistered, uncounted, unassisted and unprotected. 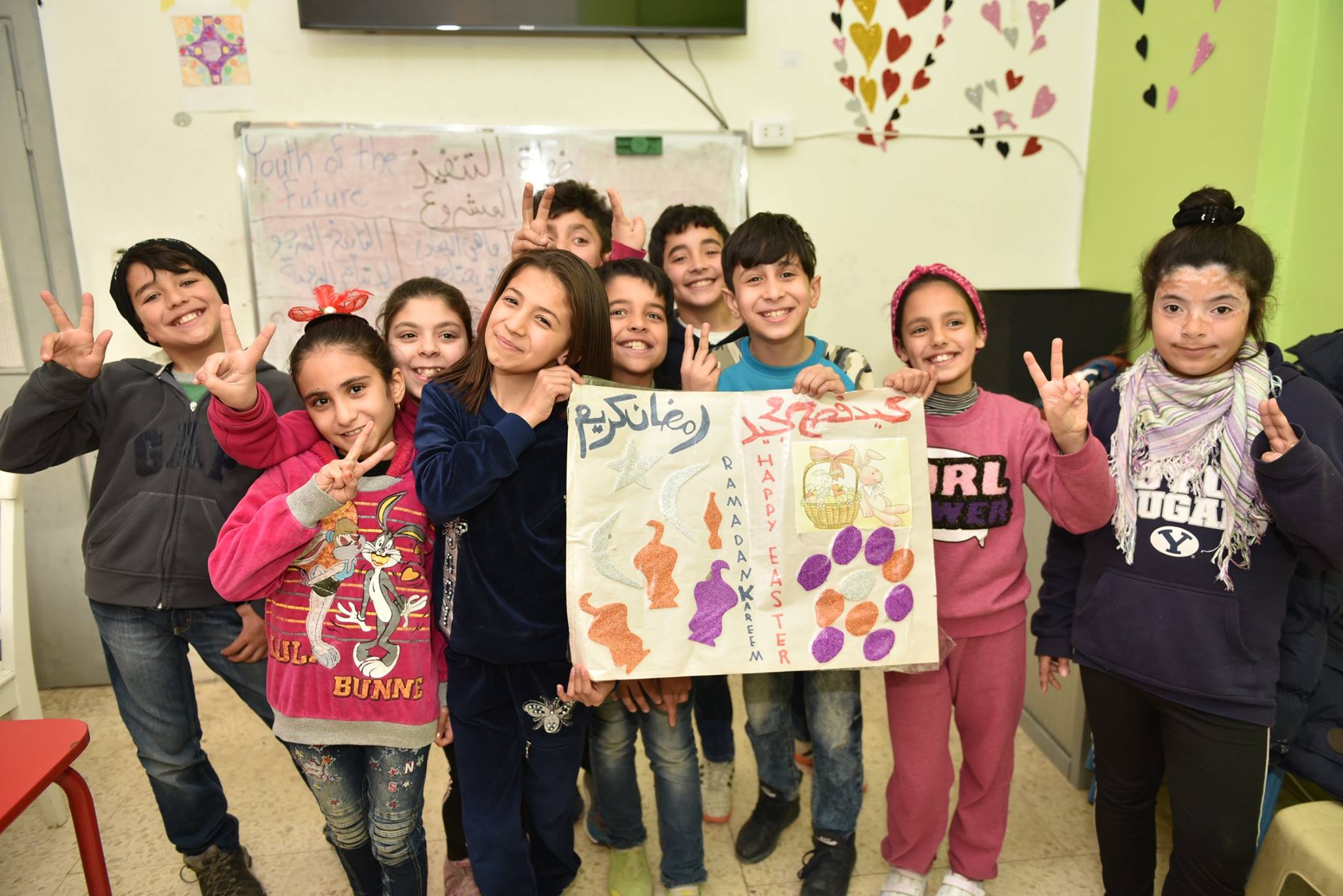 Those Iraqis who do not have the financial means to invest in Jordan must demonstrate that they are able to support themselves if they are to obtain and renew residency permits. They are required to deposit close to $150,000 in a Jordanian bank and must maintain a significant balance. Needless to say, many families that began with those kinds of resources are now impoverished.

The Jordanian government has affirmed its commitment to non-refoulement, ie., not forcing refugees to return to their place of origin if they will be in danger of persecution (they signed a Memorandum of Understanding with UNHCR in 1998). The actual practice, however, has been a mixture of generosity and flexibility (understanding that Iraqis are politically endangered in their home country) along with frequent abuses and egregious restrictions. For instance, unregistered children were not allowed to attend public school until 2007. UNHCR has been the primary source of support along with the Jordanian government Ministry of Planning and International Cooperation, the Jordanian Red Crescent, the Jordan Women’s Union, Mizan, the Jordanian Alliance against Hunger and a host of (mostly international) NGOs.

In the world of health care there are also painful contradictions. Iraqi refugees have high medical and psychological needs and theoretically regardless of their legal status, they can use public services. In reality, many are fearful of publicly identifying themselves and the facilities are already stretched and often unresponsive.

Which brings us back to Jessica and the Collateral Repair Project. In 2006 the two founding women started feeding 15 families and this attracted more low income refugees to the neighborhood and soon the project was growing by 50% annually. Quickly they became an international NGO. 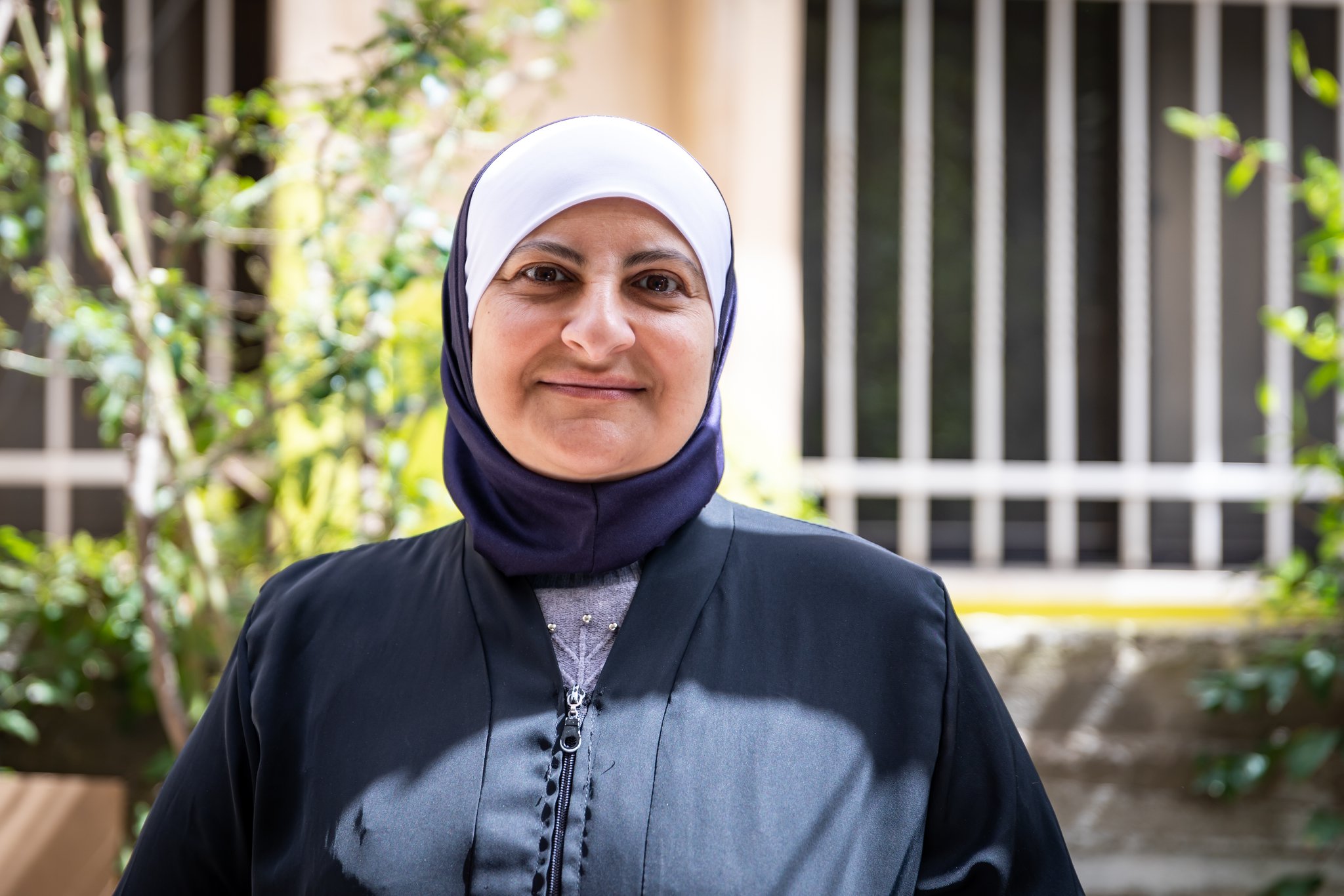 Jessica says that the population has become increasingly diverse and there is a huge pressure to focus on social cohesion. CRP’s international volunteers are very self-aware and make sure that beneficiaries know program registration and emergency assistance are monitored in an unbiased manner. The goal is to maintain as diverse a group as possible, with different nationalities well-represented among CRP volunteers, beneficiaries, and trainers. As CRP is a non-political and non-sectarian organization, divisive conversations are discouraged within the community center.

This can be challenging because last names often give away a particular sect. The project works with minority refugees like Sabaeans, a small, reclusive, ancient community that was destroyed by Saddam Hussein and radical Muslim groups, as well as ethnic Assyrian Christian groups from Iraq who were targeted in the 2003 Iraq war. Their expulsion and mass flight culminated in 2008 when then were brutally attacked by ISIS and fled from Mosul, an historic center of Christian antiquity. 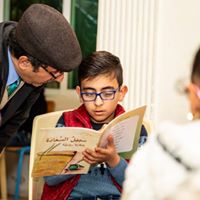 The emergency department focuses on food vouchers where money is used to purchase food in local grocery stores, food and cleaning supplies and hygiene products. CRP has recently started supplementing their food voucher distributions with a course on nutrition, fitness, and cooking. By using guidelines developed around low income SNAP food assistance in the US, CRP has developed a culturally sensitive nutrition program to educate beneficiaries on dietary diversity and healthy living. The children in the youth programming also receive healthy snacks which reinforce the curriculum taught to adults in nutrition courses.

The vouchers are paid monthly, bimonthly, and or as extras depending on the need. The emergency assistance group makes home visits monthly to assess what is in the refrigerator, what are people sleeping on, how many per bed, ie., is the need assessment accurate and has it changed.

Because refugees have difficulties accessing and affording health care, every few months, CRP partners with The IMANA Medical Relief (IMR) and United Muslim Relief (UMR) to provide free medical services to the community.

The Family Resource and Community Center runs coed childcare and youth programs, livelihood training, (craft, beauty, and barber), and psychosocial programs like mind-body medicine. They run groups for women’s empowerment and for men, gender based violence. They teach Capoeira, music, and English, and run a summer camp. CRP has 300 to 400 beneficiaries per day; 10,000 families per year get assistance from two different centers. The teen program is important because if children are out of school for more than three years, they cannot enroll in public school until they attend a catch up curriculum. At CRP this is called the Teen All Stars program.

As we start the tour, we see that several buildings have been converted from apartments, so there is a hodgepodge of rooms, a hall with books (the library), and an office with friendly folks working at computers. I detect a certain level of organized chaos as well as 21st century sophistication. In the midst of this jumble is a videographer waiting to interview a family…who is late.

We peek into the youth center, the English and livelihood programs. There is an empty room with a huge decorative elephant painted on the wall. This is where Super Girls meet in two different groups, six- to eight-year-olds and nine to thirteen. This youth program runs afterschool programs, reading, and educational games. The girls talk about their shared Arab heritage and their future development. They are asked to build small mud houses that represent their dream houses, to make murals that “draw your future.” We see rooms for yoga and rumba classes.

Jessica tells us that CRP is facing huge funding cuts and grants are running out. At the same time the numbers of people in need is not decreasing. Donors come from the US, EU, and Japan, with a budget of over $800,000, less than half from foundations and grants.

Problematically, there are no mental health counselors, although all staff and programs are “trauma sensitive.” These Iraqi refugees have had a host of horrific experiences including torture, witnessing killings and death, kidnappings, bombings, and rape. Many families have been ripped apart and relationships damaged. Countless people have lost everything including their hope. Refugees in need of support and counseling are referred to the Center for Victims of Torture in Amman.

CRP’s philosophy of care is reminiscent of Abraham Maslow’s Hierarchy of need. Emergency Assistance programs aim to address beneficiaries’ basic needs so that they can focus on engaging in community and acceptance. Eventually, CRP fosters leadership positions and volunteering opportunities for beneficiaries, allowing them to play an active role in leading the organization and giving back. This provides empowerment to beneficiaries who are unable to legally work and may lack a way to meaningfully engage with the community in which they live. Though the majority of CRP’s beneficiaries hope to be resettled, the organization strives to create a sense of community and meaningful engagement that makes refugees fulfilled with their lives in Jordan.

UNHCR re-evaluates refugees regularly, but this can be quite re-traumatizing. Following a referral, UNHCR staff confirms the family’s refugee status and then begins several long resettlement interviews with each member. The family is then registered for resettlement, a suitable country is chosen, (Trump pulled the US out of the mix), then there are more interviews and a lot of waiting. A family cannot apply for a second country until they are rejected from the first. This means that many people are living in limbo which only increases psychological stress. Once they are accepted, they are paired with an in-country organization and the flight is usually covered by the donor agency. The first choice these days is Australia.

Australia? I try to imagine living in, let’s say, Mosul, in a diverse, multicultural society, living through Saddam’s military efforts in the 1990s, the US invasion and bombings in 2003, the murderous growth of ISIS, maybe fleeing in 2008, then years of stress, poverty, and trauma in Jordan. What would it be like to arrive in Australia?